The Story Behind the Image 8 – Royal Tern Love Story

Photographed in late April 2012 at Fort Desoto, immediately south of St. Petersburg on the west coast of Florida.  A beachgoers paradise, and equally so for bird photographers.  Prime time for courting gulls and terns, and their associated behaviours.

Walking along the famous North Beach I came along a busy colony of Royal Terns being quite loud.  Many in the group were in the midst of trying to woo their next mate, and their loud calls filled the air.  One individual in particular was especially persistent in circling the colony in search of a mate.  It had a fish in its bill – a fish it was hoping to give as an offering to an accepting female.  Now it was time for me to stop watching and to get in place – down low and down sun angle for the best photographic opportunities.  The tern circled many times, while calling loudly to attract any attention, and finally landed close to a female.  It got close to her and they began their “dancing” ritual – face-to-face, and slowly walking around in circles all the while facing each other.  The challenge for me here was to wait until both individuals’ faces were parallel to the camera before firing the shutter – this gave the best view of the behaviour.  Luckily they rotated multiple times, offering a good amount of opportunities to get the wanted frame.  I had 50/50 chances of the male holding the fish with its face pointing towards us rather than away, and that is what I got. 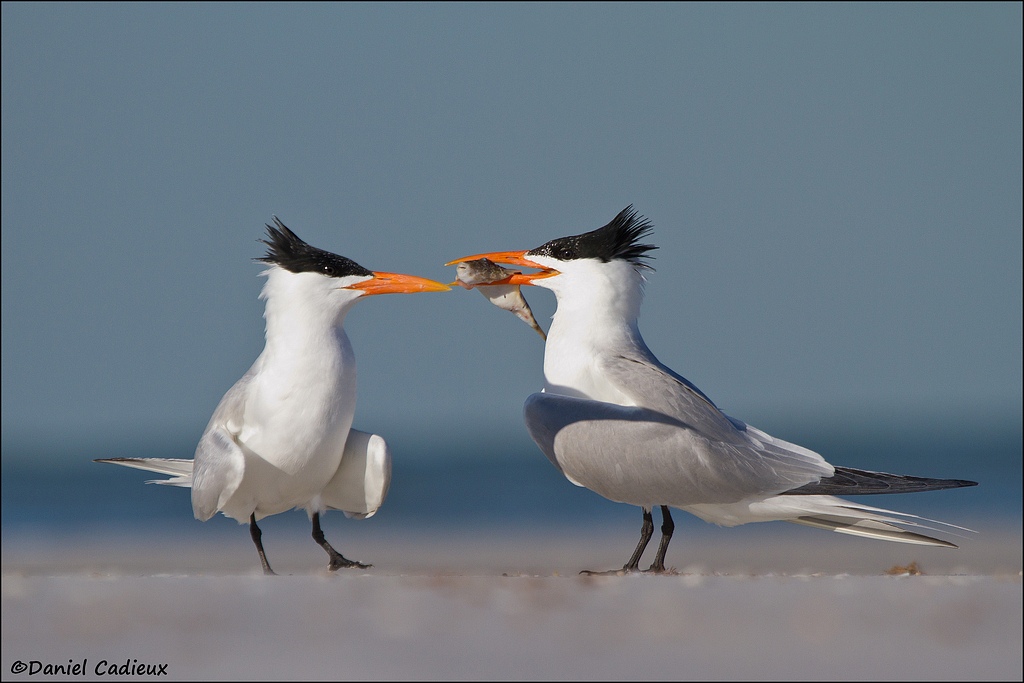 The zoom lens worked wonders in this situation as I was able to zoom in and out to compose properly depending on the action.  The image above was created at 8:44 AM, and the light was already getting bright and pushing harsh.  The pale sand acted as a reflector and did minimize what could have been deeper shadows along the bottom of the subjects.

At 8:50 AM, the time of the photo below, a tern finally decided that it was time to take the courting to another level – hopping onto the female’s back to proceed actual mating.  A bit of a balancing act, but still managing fine, aloooking vocally proud of it too.  Of special concern in the image immediately below is the lack of a fish, and the fact I called this male “a tern”. 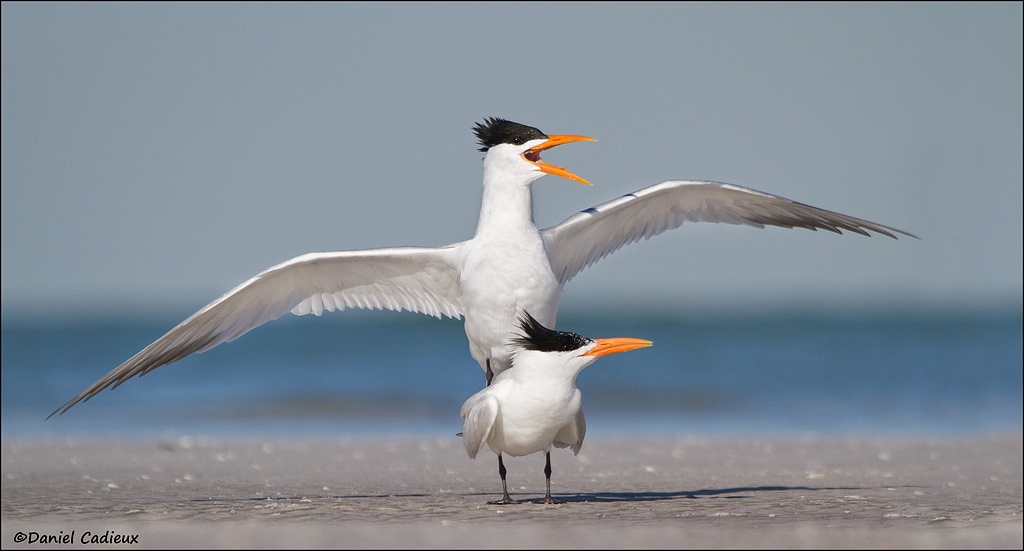 The next photograph, and my favorite of that session and also taken at 8:50AM but a few seconds later, explains the whole scenario in one story-telling image.  You see, the tern finally mating with the female was not our fish-toting hero, but rather a fellow colony “buddy” that had taken advantage of the situation and running off with the ultimate prize.  The poor tern doing all the wooing had his prize taken away right in front of him, and in this image we can see him still desperately trying to win the heart of the gal…even though she is seemingly running away with the colony’s bad boy!  Good guys do sometimes finish last……. 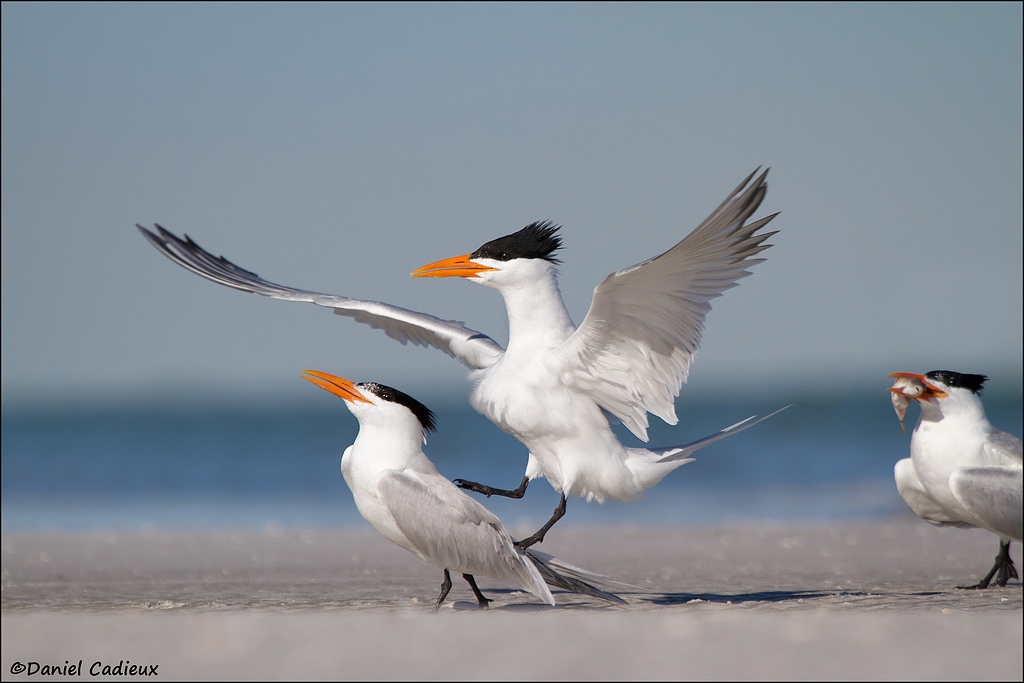