The Story Behind the Image 10 – Northern Flying Squirrel

During the summer of 2013 a most unique, and likely once-in-a-lifetime, opportunity presented itself.  It all started as a picture my brother and sister-in-law posted on facebook, of a Northern Flying Squirrel, from up close…with their phones!  They had lifted the lid of one of the BBQs at my folks’ cottage to grill themselves something to eat, and this flying squirrel jumped right out and clung to a nearby tree, staring at them.  A nest of dry grasses was also neatly built inside, presumably a night-time roosting nest.  By nature I am not one to be envious of things, but this time I was, a lot!  I’m the nature photographer and they get to photograph an elusive forest critter with their phones!  But I was very happy for them as they were rather excited (with reason).  Not wanting to use the “occupied” grill, another BBQ was used.

Needless to say my next visit to the lake was earlier than originally planned (it is less than an hour away from home therefore not a big deal to go on a whim).  After a few hours spending time with the family, I ventured down to the BBQ in question.  I slowly opened the lid, hoping against the odds that the flying squirrel was still there.  It was!  It jumped to a nearby tree and watched from close proximity.  It even looked an acted like it wanted to go back inside. 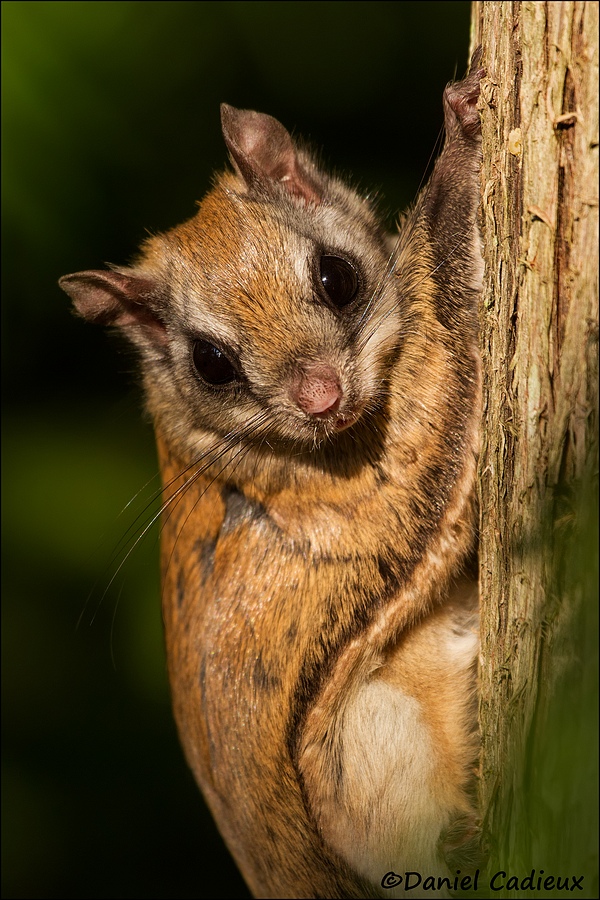 After a few minutes, and images taken, I left it alone to go back into the BBQ.  It immediately did so.  A few days after my father went back to look at the situation…what he found was this:  baby Northern Flying Squirrels inside the nest.  No wonder the adult, which turns out was the mother, was so anxious in going back in…she had a brood to take care of!  Over the next few weeks the nest was periodically checked for progress.   The kids were especially interested in watching the little ones grow, so about every other week over a two month period we drove down and took very quick sneak peeks inside the BBQ.  Every time the mother would walk calmly a few feet away, cautiously watching us, as we marvelled at the tiny developing babies.  I, of course, armed with camera in hand. 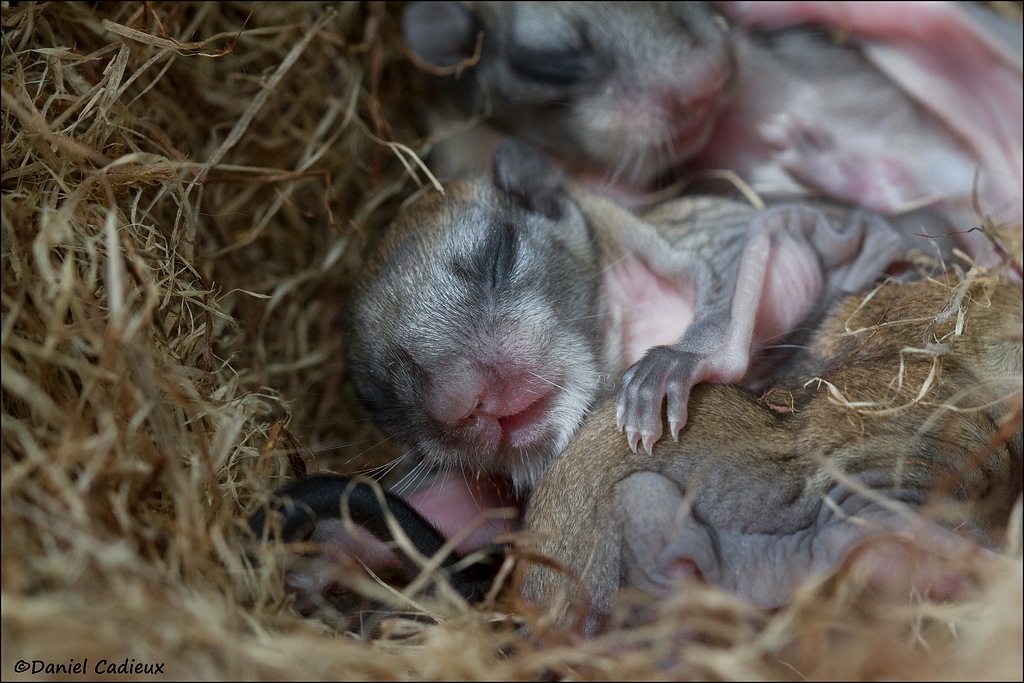 You can see below how much they’ve grown and developed in two weeks, now attaining official “cute” status: 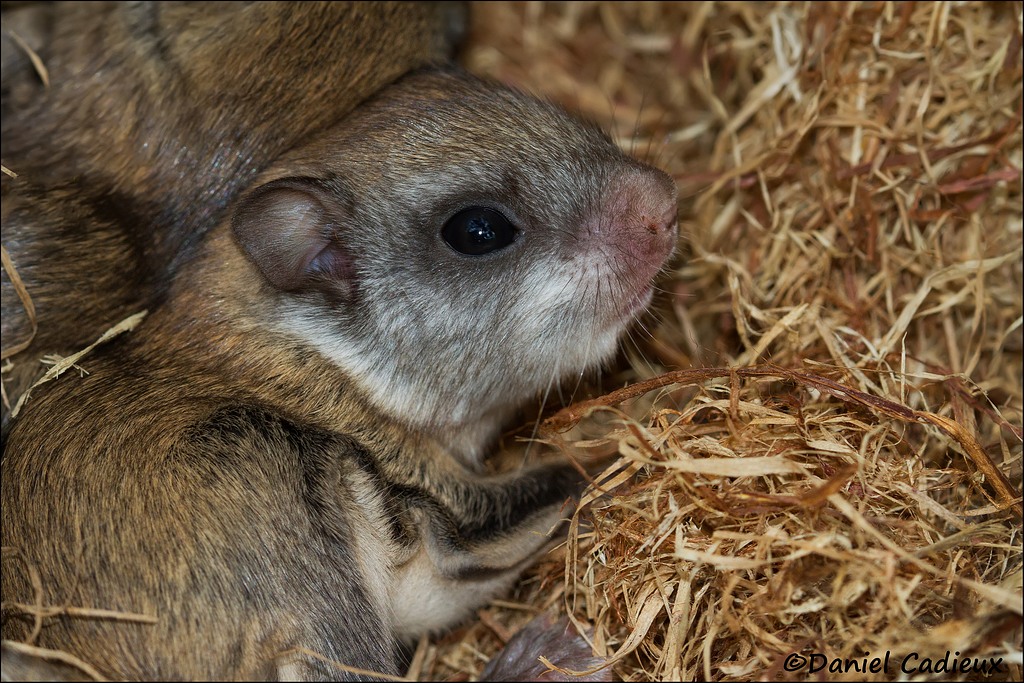 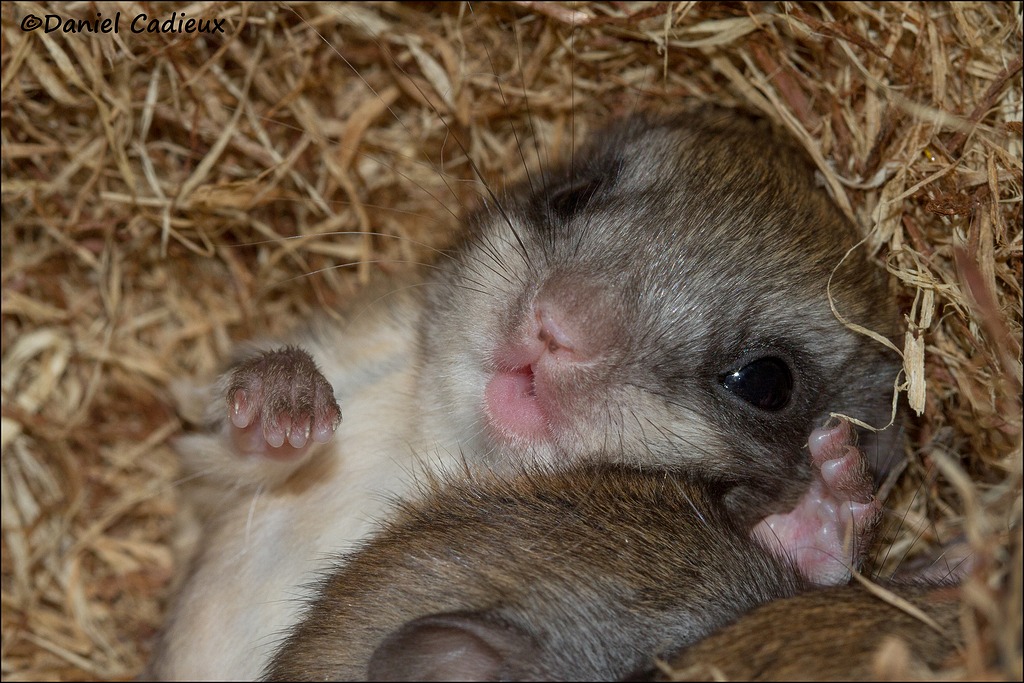 They eventually all fledged, leaving their unusual home to be cleaned and used for its intended use.

Despite the little ones being perhaps the number one highlight of that summer, my favorite photo of the “project” is of the mother on that first evening I saw her.  Those huge bulging alien eyes, pointed bat-like ears, long whiskers, and very visible fold of skin for the “wing” are all etched permanently in my mind  The close up at the beginning of this blog post really shows all those quite well, but the image below, in the forest habitat and great light hitting the subject and cedar tree makes this image my very favorite of the series.  A series I will likely never have the chance of repeating again, thanks to a very unlikely home this mother chose for raising her family – the cottage BBQ! 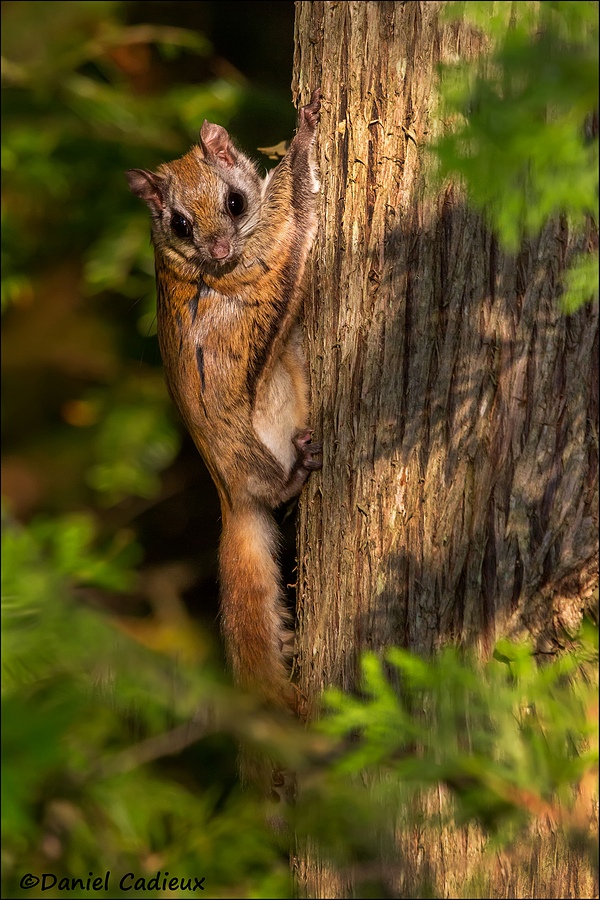